How Does the Florida Criminal Law Process Work? 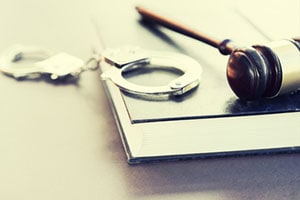 When a crime has been committed in Florida, and police officers believe you’re involved, you may be wondering what happens next?

Being accused of breaking the law can lead to an overwhelming legal process. Hiring the right Bradenton-Sarasota area criminal attorney can simplify your circumstances and, best of all, prove your innocence.

Don’t leave your fate in the hands of an underqualified lawyer. The team at Flynn Law has years of experience trying, and winning, cases throughout Florida. We completely understand the criminal process and are here to help guide you through it one step at a time.

Before an individual can be arrested for a crime, there must be a probable cause of his or her involvement. By general definition, this means that law enforcement officer has reasonable evidence of two things – that a criminal offense has taken place and the suspected individual committed it.

2. Arrest or Notice to Appear

Once probable cause has been determined, a formal arrest can occur. An arrest involves one of two things:

Men or women that receive a notice to appear often mistake it for a minor citation. On the contrary, however, this document is given instead of a physical arrest.

A police officer will often issue these in cases of misdemeanor activity or a municipal ordinance violation.

For example, if a person is vacationing on Anna Maria Island and is caught drinking on the public beach, they will probably be issued a notice to appear instead of being taken to jail.

A notice to appear will never be given in the event of a felony offense.

If an accused person goes to jail, they will have their first court appearance within 24 hours of arrest.

At this hearing, the formal charges they’re facing are announced. Since the defendant hasn’t officially been convicted yet, the judge will also declare bond for the defendant’s release with restrictions.

If the judge thinks they are a danger to the community, they would not be eligible for bond.

At this court appearance, the state will formally announce any charges they’re bringing against the defendant. A formal plea will also be announced during the arraignment.

If a defendant enters a plea of not guilty, the judge will allow a reasonable amount of time to prepare for trial. In some cases, the defendant will file a written plea before the arraignment occurs.

When this happens, the arraignment will be canceled, and the criminal process will continue.

The pre-trial conference provides an opportunity for the prosecutor and your attorney to discuss their trial preparation process. Often, judges will encourage plea deals during the pre-trial hearing as a way of freeing up time on their overscheduled calendar.

The docket sounding is a final effort to ensure the trial is going ahead as scheduled. At this point in the process, the prosecutor or defendant’s attorney can make a formal request for more time to prepare.

The final step in the criminal process is the trial. While every individual accused of a crime in Florida has the right to a 90-day speedy trial, many will forfeit this right to better prepare their case.

A judge will render a guilty or not guilty verdict at the end of the trial proceedings; thus, ending the criminal proceedings.

At Flynn Law of Bradenton, we wholeheartedly believe that every man or woman has the right to be heard. If you bring us on as your Florida criminal lawyer, we will work tirelessly to prepare the best defense possible.

As you can see, the American criminal process is quite involved. Don’t leave your case to chance. Enlist yourself with the best tool possible – a hardworking defense team.

Set up your free consultation today by calling 941-800-1140 and speaking with a member of our firm.