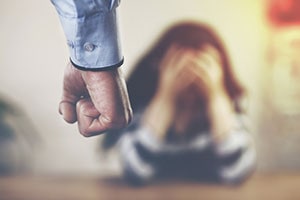 While individuals often view domestic violence, assault, or battery charges in Florida as separate entities, they can often go together.

The Manatee County criminal attorneys at Flynn Law understand the ins and outs of these cases. If you’re facing domestic violence accusations, we’re here to help protect your rights to a fair trial.

What is Considered Domestic Violence?

By this definition, assault and battery can fall under the reach of ‘domestic violence’ when they’re committed by one family or household member against another.

How are Domestic Assault and Domestic Battery Different?

The terms assault and battery are sometimes seem like similar crimes. While, as previously stated, they can both be considered a form of domestic violence, they still describe different types of incidents.

Under Florida law, battery and assault are described in the following ways:

(1)(a) The offense of battery occurs when a person:

1. Actually and intentionally touches or strikes another person against the will of the other; or

(1) An “assault” is an intentional, unlawful threat by word or act to do violence to the person of another, coupled with an apparent ability to do so, and doing some act which creates a well-founded fear in such other person that such violence is imminent.

In simpler terms, assault is defined as the palpable threat of causing physical harm to another individual, whereas battery describes the actual act of doing so.

Do You Need to Hire a Manatee County Domestic Violence Attorney?

If you’re facing a domestic violence charge of any sort, it is in your best interest to hire a knowledgeable lawyer.

At Flynn Law of Bradenton, we understand these are involved allegations that bear heavy penalties. You should not take these lightly. Hiring an experienced criminal trial attorney will provide you the peace of mind needed to plead your case successfully.