DUI After Prior Conviction 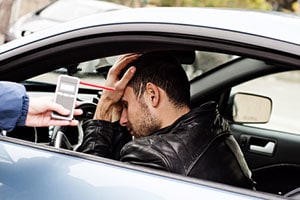 When an individual is facing a second DUI charge in Manatee County, they usually have one question in mind: Are the penalties the same as they were for first?

If you’ve been accused of driving under the influence for a second time, a judge will look at the timeline of your offense. If you’re outside of five years, you’re likely facing similar consequences as you did the first time.

Has it been less than five years, though? There’s a good chance the punishment will be more severe.

The Manatee County DUI attorneys at Flynn Law are well-experienced in DUI law, automobile accidents, and personal injury cases. We’ve been helping men and women with 2nd DUI charges for years and know what it takes to help win your case.

Penalties When Facing a 2nd DUI Within Five Years

While still considered a second-degree misdemeanor in Florida, a DUI after prior conviction (APC) can have a harsh effect on your life. If it’s been less than five years since your first DUI, here are some of the penalties you’ll be facing:

You will also be facing a psychosocial evaluation that could lead to required substance abuse treatment.

If either of the following occurs, you could be facing enhanced penalties upon conviction of a 2nd DUI within five years of the first.

In the event of these situations, your raised consequences may include:

A DUI APC within five years of your first DUI can have hard consequences.

The best thing you can do for yourself is to hire a knowledgeable Manatee County DUI Attorney to defend your case and protect your rights. Our team at Flynn Law is ready to help.

We have the knowledge required to assist you with your case and get your penalties lessened as much as possible.