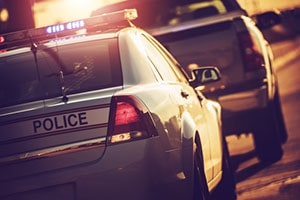 It’s well-known that any individual pulled over with a blood alcohol content (BAC) of at least .08 is considered ‘too drunk to drive.’

Many believe that .08 is the cut-off and any BAC over this falls under the same DUI guidelines. They are grossly incorrect.

Under Florida statute 316.193, any persons that are suspected of driving under the influence (DUI), and have a BAC of .15 or higher, will be subject to the penalties for what is commonly known as an enhanced DUI.

If you’re facing a possible enhanced DUI charge in Manatee County, time is of the essence. By hiring one of the experienced Florida DUI attorneys at Flynn Law, we will be able to help protect your rights and ensure that a night in jail is the worst it’s going to get.

What are the Penalties of an Enhanced DUI?

No two DUI cases will be the same.

One common denominator, however, is that if you’re given a blood, urine, or breathalyzer test that shows a BAC of .15 or higher the consequences are much more severe. If you’re accused of an enhanced DUI in the Manatee County area, here’s what you can expect in terms of penalties:

As with a normal DUI, the punishments for a second offense enhanced DUI are greater than those of a first offense:

Our attorneys at Flynn Law of Bradenton have a history of winning cases for men and women charged with enhanced DUI’s. We believe that you have the right to make your case and try to lessen your penalties.

You deserve an attorney that’s going to work diligently to protect your rights, and that’s what you’ll be getting when you decide to work with us.