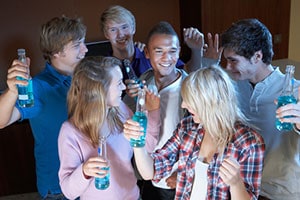 It’s unlawful for any individual under the age of 21 to drink in Florida. That means it’s also illegal for them to get behind the wheel drunk.

Driving under the influence (DUI) in Florida is a serious offense, and the consequences are no less if you’re under 21. When a police officer accuses you of an underage DUI, you could be facing harsh penalties that will have a severe effect on your life.

Hiring a Manatee County criminal defense attorney is your best option for an underage DUI conviction. Our lawyers at Flynn Law have years of experience fighting DUI charges throughout Bradenton, Sarasota, St. Petersburg, and Tampa.

What is an Illegal Blood or Breath Alcohol Level if You’re Underage?

If you’re pulled over for a DUI as an underage driver, blood and breath alcohol level (BAC) requirements in Florida are a little different.

How Many Drinks is That, Exactly?

Most BAC charts show that even a single drink will put many men and women over the .02 marker.

Penalties of an Underage DUI in Manatee County

The penalties of an underage DUI closely mimic those of a standard DUI charge.

Manatee County DUI attorneys like the ones at Flynn Law will explain that Florida has a strict zero-tolerance policy for underage drivers that get behind the wheel intoxicated. As such, these drivers are struck hard with consequences for their actions.

Before you decide to drink and drive under 21, here’s what you can expect if you get caught:

If a teen driver violates their license suspension, they could be charged with a $500 fine and sentenced to a maximum of 60 days in jail.

When a man or woman is facing charges for an underage DUI, there are more than just criminal penalties at stake. Their high school or college will receive notification of the conviction, and they may face consequences like:

For high schoolers, a DUI conviction can also make it challenging to earn acceptance to certain Florida colleges and universities or receive scholarships.

Underage drunk drivers will also face the consequences of their insurance companies. Their policies fees will probably increase substantially, or they may lose the policy altogether.

Were You Charged with an Underage DUI in Florida?

Parents – if your underage son or daughter has been accused of a DUI, it’s time to get them the best defense possible.

These charges can follow them throughout the rest of their lives and make it difficult for them to be successful. Don’t leave their record up to chance.

By hiring one of the Manatee County DUI lawyers at Flynn Law, you can feel confident that we have your child’s best interest in mind. We will work diligently to ensure they get the least penalties possible and that this charge doesn’t cause long-term effects.

Give our office a call today at 941-800-1140 to set up a free consultation and start taking the necessary steps to protect your child’s future.